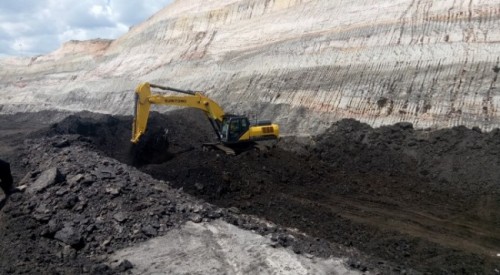 Coal is the dominant force in electricity generation and its extraction process is relatively easy and inexpensive, and infrastructure requirements are cheaper than other energy resources.

Therefore many mining companies in Indonesia are continuing to get this energy source and they need excavators in their mining activities as their main equipment. In this case, several mining companies entrust their excavators to Sumitomo Excavators like one of them at a coal mine in the Banjarmasin area. This company operates Sumitomo excavators models of SH210-6 20 tons class and SH350LC-6 30 tons class. Sumitomo also produces large class of 40-80 tons excavators such as the SH490LHD-6, SH510LHD-6 and SH800LHD models which is well accepted in the market place.