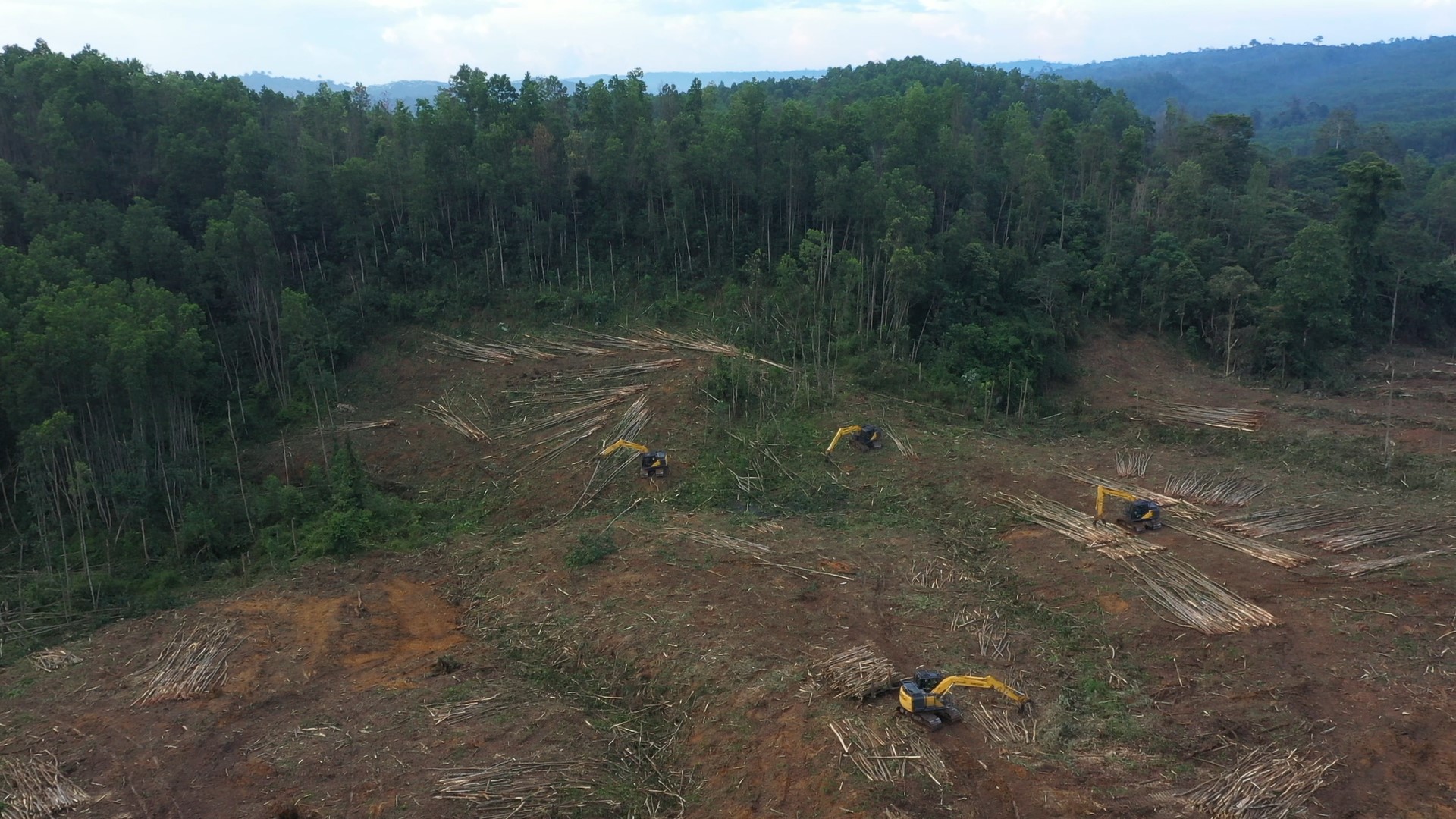 The name of the new capital city of Indonesia has been announced, namely Nusantara. Located in Sepaku, East Kalimantan, Nusantara will replace Jakarta as the capital city.

There are a lot of Acacia industrial plantations owned by PT. Itci Hutani Manunggal. The government plans to rehabilitate the forest at the IKN location, Sepaku, into a tropical forest with endemic plants. More than just enriching the country with increased production, these forests have many benefits. Among them are helping forest conservation, improving land with productive forests, and helping local communities to improve their economy. The environmental impact of this forest is the increasing collection of biodiversity in Indonesia.

It is very suitable for work like this using the MACAN Sumitomo SH130LF-6 excavator which is not only very tough and fast to work for this job but is also fuel efficient, besides that it is also very reliable when carrying out the extraction because this MACAN uses a 20 ton class travel motor with a pulling force wood (drawbar pull) of about 171 kN, the largest in the 13 ton class, resulting in high productivity.